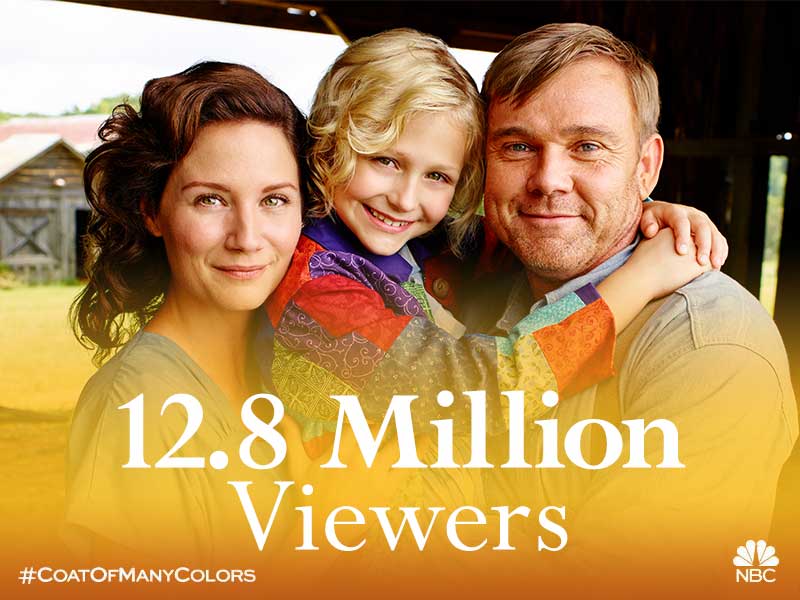 Dolly Parton just did it again, everything she touches turns to gold. Watch the full movie here!

Dolly Parton’s life story is amazing. She grew up in Tennessee on a farm and was “dirt poor,” as she says. She began singing and performing as a child and has been going strong ever since.

In 1969 Dolly wrote her famous song “Coat of Many Colors” on the back of one of Porter Wagoner’s dry cleaning receipts. She later released the song as the title track to her eighth studio album. The song tells a story of her mother making her a unique and colorful coat, and how it inspired her to follow her dreams.

For a long time, Dolly has been working on making this story into a movie and on December 10th, she revealed it for the first time to 13 Million viewers on NBC.

The film has been very highly received and drew the highest crowd of any TV movie from the big four networks in the last four years. The film stars Alyvia Alyn Lind as young Dolly Jennifer Nettles from the country duo Sugarland as Dolly’s mother, Avie Lee Parton, and Rick Schroder who plays Dolly’s father Robert Lee Parton.

If you didn’t catch the film on Thursday, watch the trailer below to see part of what you missed!

The early success of this film has spurred Dolly and the people at NBC to look into doing it again with other songs such as “Jolene,” but no official news has been released.

Congratulations to Dolly Parton on another well crafted work of art. You can watch the movie anytime you want at the link HERE, and to read more trending news about Dolly Parton click the button below!